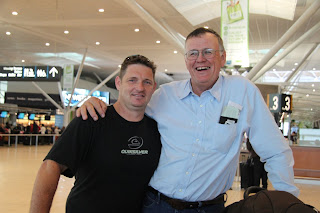 The day of departure is here and the adventure begins.
My navigator Carl Watson and I are waiting in Brisbane to board our flight to Beijing.
The next planed post will be after we get the car (Penny) from the Warehouse on Wednesday. 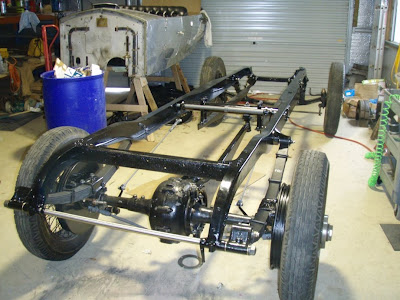 In 2007 I decided that a great and crazy idea would be to take part in the next Peking to Paris so I filled out an entry and paid my deposit.

I had two aims if I was going to enter this event. Firstly I wanted to prepare my car to a level such that all I would need to do was grease, change oil and fix flat tyres. (I had no desire to be laying in the sand in the Gobi Desert fixing a gearbox or diff. This would always be a lot easier on a concrete floor in my workshop.)
The second aim was that, with the help of a good navigator, at no time during the event would we be lost.

When I made the decision to enter I didn’t own a suitable car so I started talking to people and researching what would be a great car for this type of event. One of the goals I wanted for myself was that it had to be pre 1930. For me it came down to 2 choices, either a Rolls Royce Silver Ghost or an early 20’s Vauxhall 23-60. I decide on the Vauxhall for the price and the pure simplicity of the whole design that would mean repairs and maintenance were within my mechanical skills. Luckily one became available at an auction in March 2008 that I was able to purchase.

Upon getting the car Home in May I immediately started to do a mechanical restoration. With my first objective in mind, I took the bold decision to pull the car down into every single nut and bolt and do a full rebuild. This was a project that consumed a lot of my spare time over the next 20 months, with the help of some of my staff and David Ford from Stanthorpe. Other then painting the mud guards I did nothing to the body but install a roll-bar to fit seat belts and change the seat. 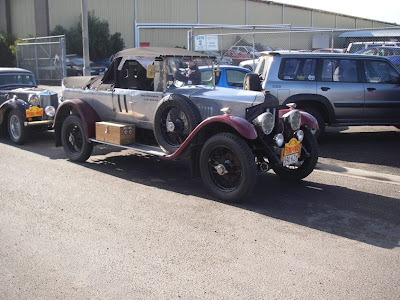 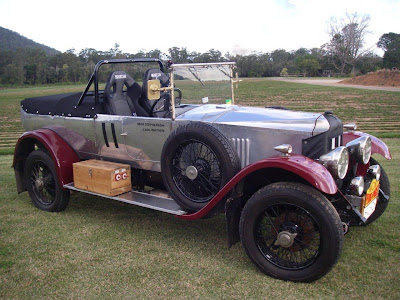 After all we had 14000 kilometres and 35 days to spend in them.
The rebuild took until April 2010 when we started the engine and commenced a long shack down process. Over the next three months I did 7000 kilometres of motoring. This was interspersed with changes, upgrades and final fixes along the way; to get everything to a standard that I believed would get me to Paris in the style I desired.

My car had to be loaded into a container in Melbourne on the 19th of July so I left home to drive to Melbourne on the 11th visiting friends on the way and allowing time to do some fixes in Melbourne, before loading, if required. After 3000 k off basically happy motoring in the rain and wind, I loaded the car on the Monday, on schedule, after fitting a brand new set of tyre for the trip.