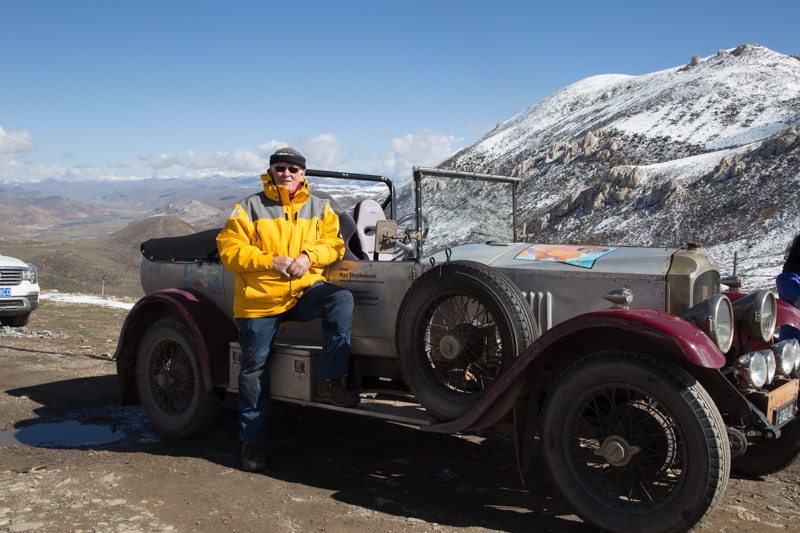 I last wrote at Deqen about 6 days ago. The next 4 days were both busy and spectacular in so many ways.

We left Deqen with the roof on  in drizzle to descend the 2100 metre into the Lacang river gorge, After 30 mins we decided to take the roof off and suck up the bits of drizzle to open the world up so we could marvel at what we were driving through.  We left the river after 60k’s to climb back to 3500 metres entering the Tibetan Autonomous Region on the way up and turn left onto the G318 which would take us to Lhasa over the coming days. 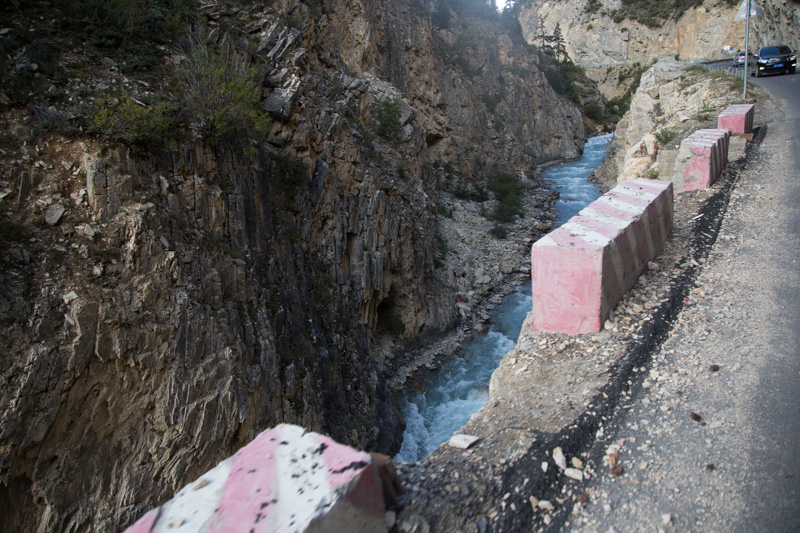 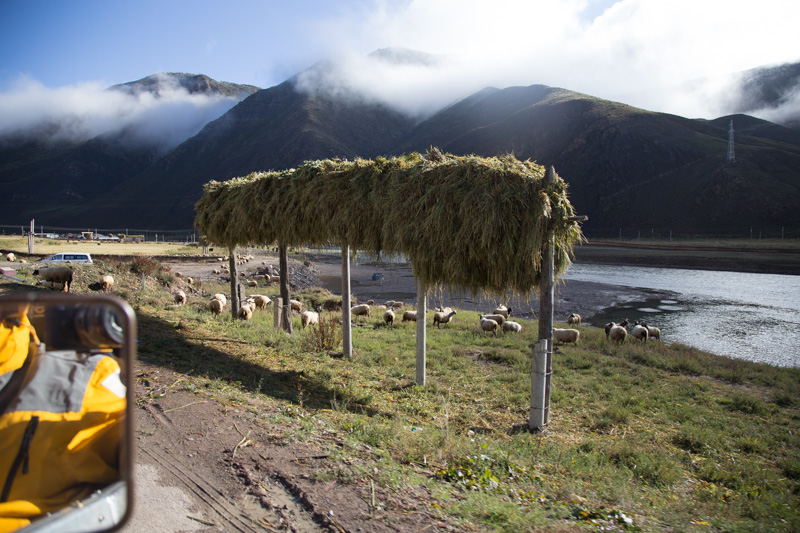 The afternoon drive was the bit that got real interesting with a 5000 metres pass to cross in the cloud. At just above 4500 metres it started to snow. Snow becomes a small problem when you don’t have any wipers as Rain-ex has no effect on snow. This problem was solved by a very busy Julie standing up every 30 sec or so and leaning over the windscreen and wiping the snow away. This is all very easy at sea level but was very exhausting for her at that altitude. Penny was performing well but ran out of Puff for 2nd gear at 4800 so it was a slow grind in 1st to the top. After stopping at the top for a couple of photo it was down hill towards Zogang for the night. 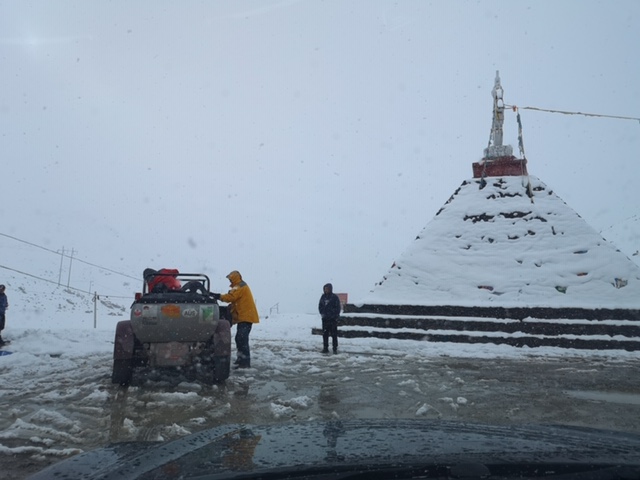 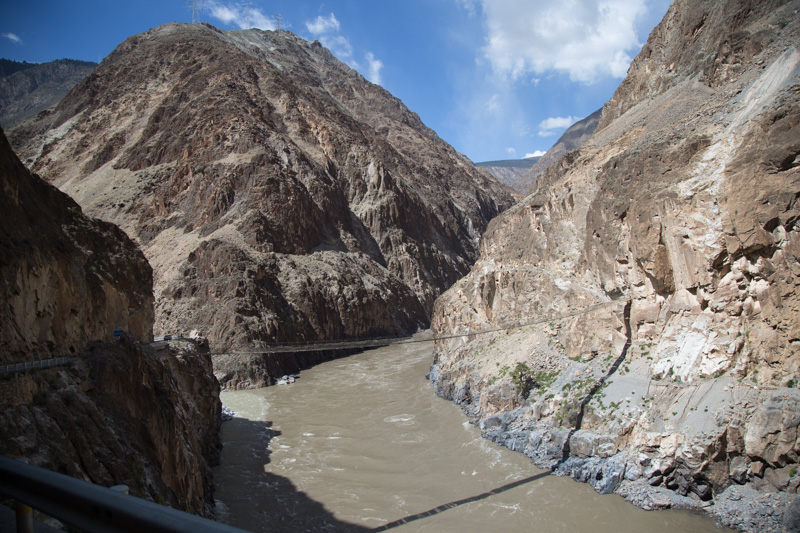 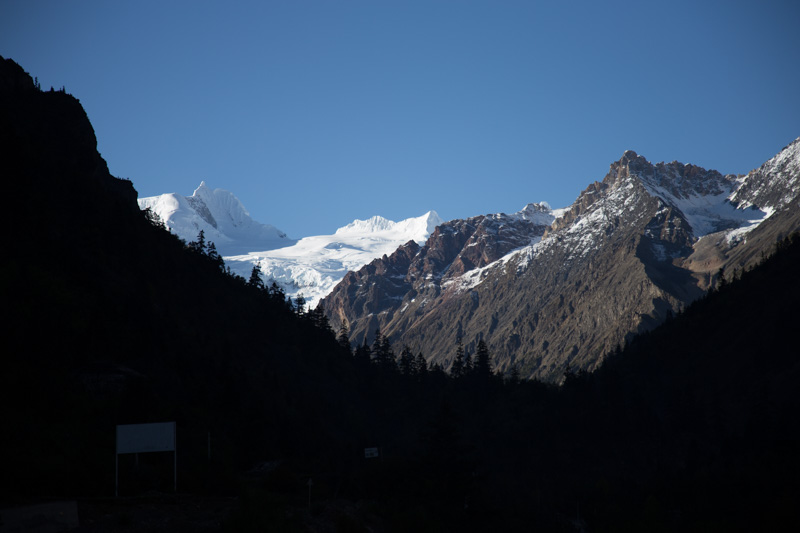 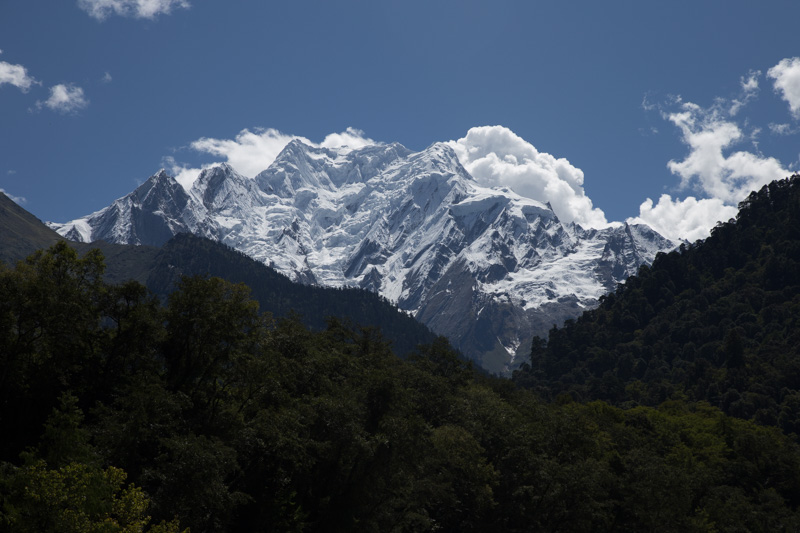 We woke the next morning to the first sunshine day of the trip and what a great days driving it was, although interrupted by some small car problems or so we thought. As we descended the pass which according  to our guide had 72 hairpins Penny stopped making brmmm brmmm sounds going round a corner and refused to start again. We coasted to a stop at  cafe and proceeded to check all the usual thing in the ignition. After some time she stated so we said lets have lunch at this cafe, before proceeding on.

Our breakdown was a windfall for the cafe as all the Chinese heading to Lhasa for the up-coming holiday decided to eat as well after stopping to look at us. We had 3 more stops due to lack of noise from thew motor before we checked the spark which was fine and we both realise that it was 650 k’s ago the we had fuelled so we changed tanks and not another problem all the way to Ranwu Lake for the night. So it was not really a Penny problem just a giant brain lapse on the drivers part. 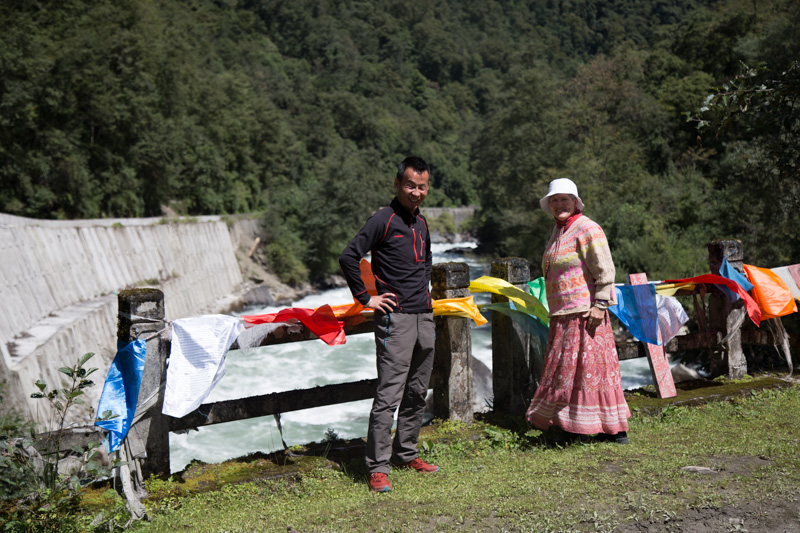 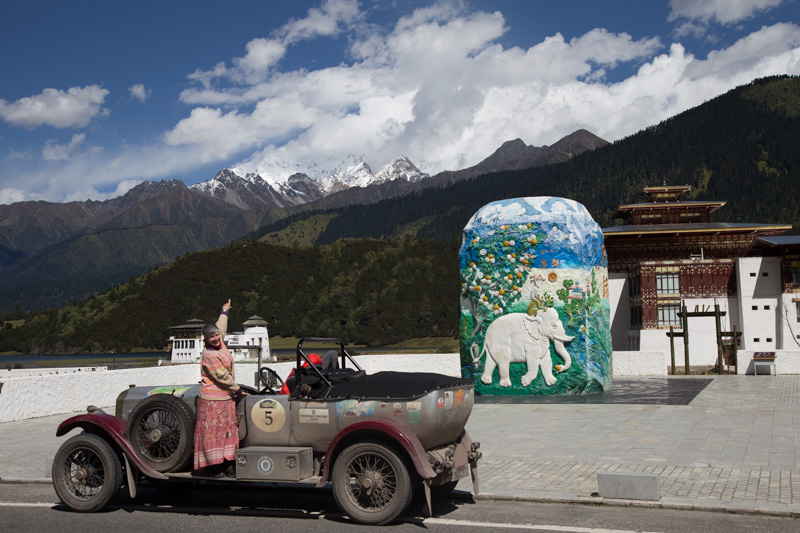 The next day started very cold but was another great drive making it the 3 most spectacular days driving in a row that I think I have ever done.

Our trip from Nyingchi was to go via Gyaca to Lhasa but this was thwarted by the Police with a ruling  that foreigner’s are not allowed to travel that way at this time of the year with the 70th celebrations of the Peoples Republic of China only 5 days away. So we headed straight to Lhasa to give us an extra day there., This was spent going to a local village 80 k’s away famous for its weaving for making all the traditional clothing. After our return we spent a couple of hours fixing the lights on Penny that the rough roads had taken their tole on.

All the way along the 318 we had passed  travellers of many different forms.Pilgrims that are on a Prostration walk the whole way which is best explained in this link https://en.wikipedia.org/wiki/Prostration ,waking pilgrims, backpackers, walkers pulling or pushing carts some of which have live feed to the internet and then many many Cyclists. 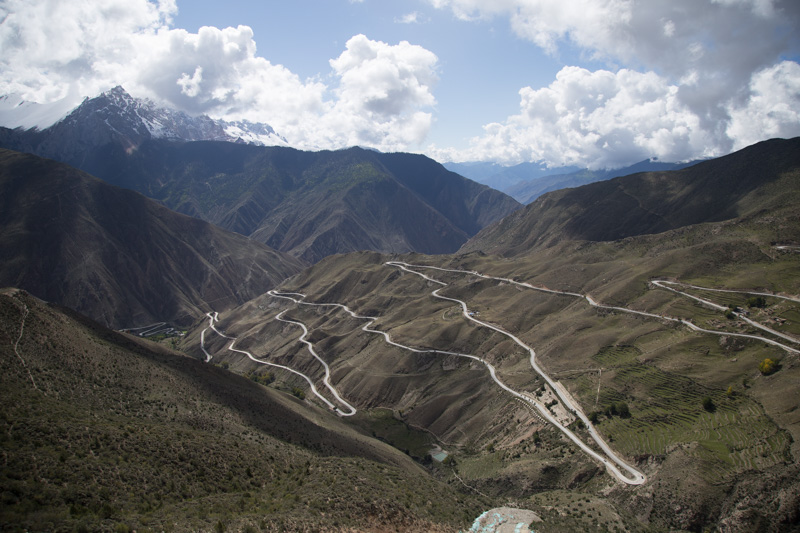 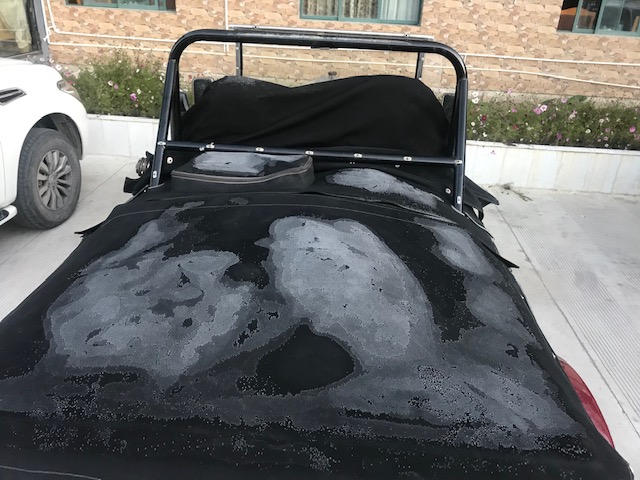 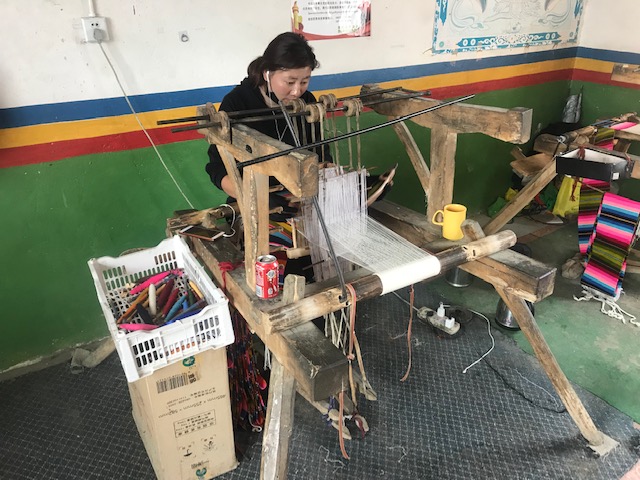 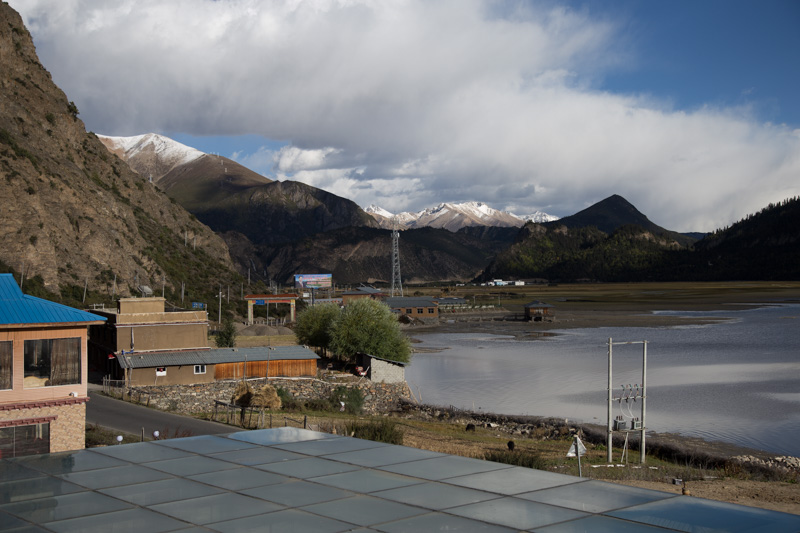 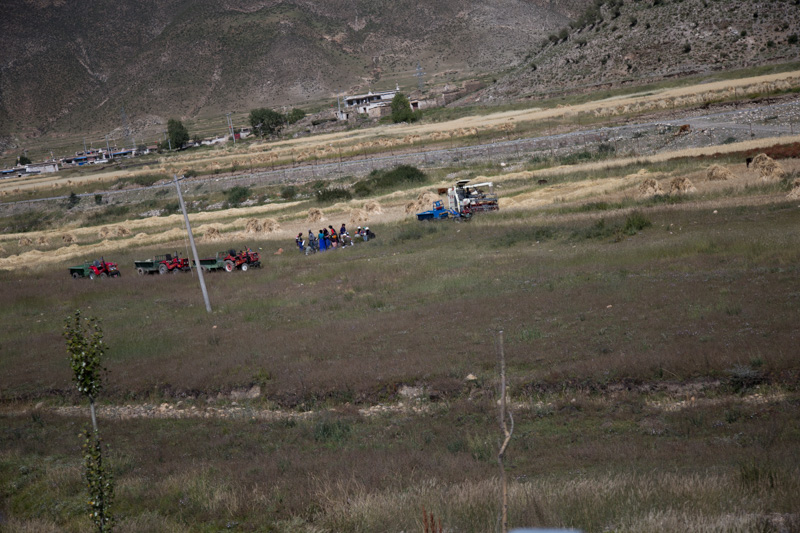 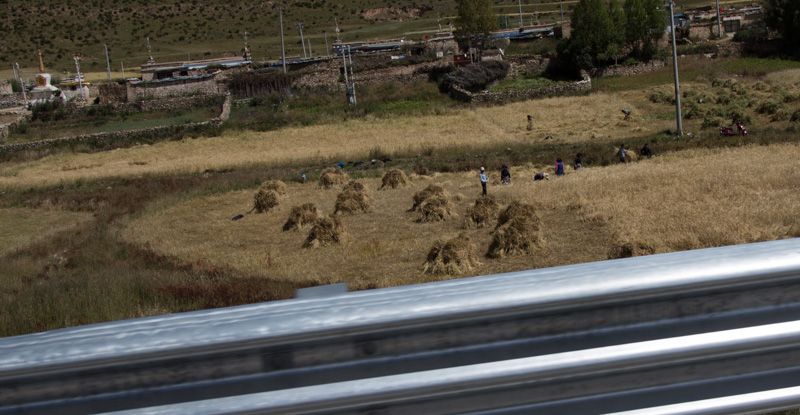 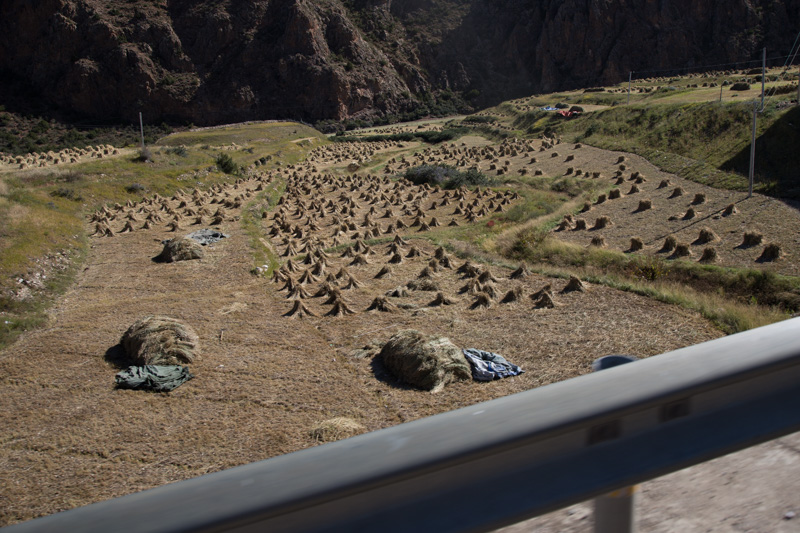 All through Tibet harvest is in full swing so all the fields are bustling with people getting the barley off.

I will let the photos tell the rest of the story.

So till next time I hope you all enjoy this and I apologise for  not being able to reply to everyone that emails. 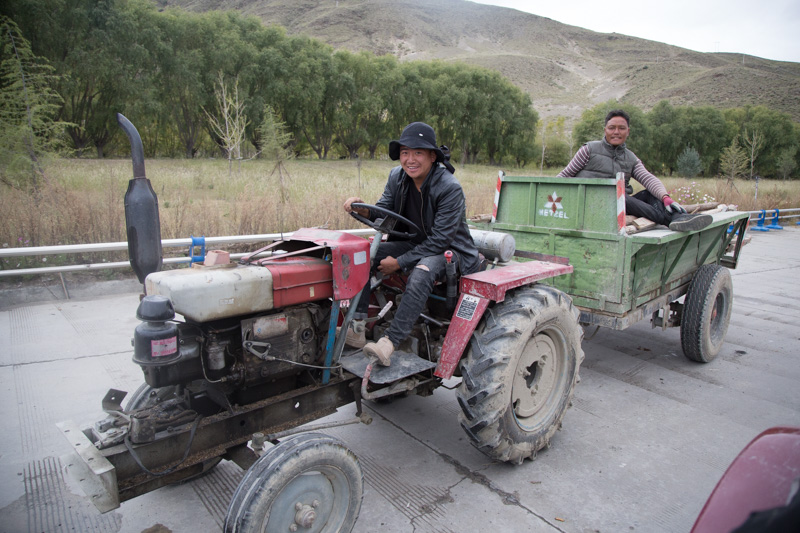